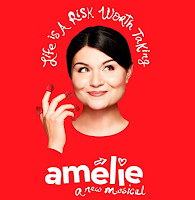 Coming to Broadway
Amelie—It's official: The new musical, Amelie, will be on Broadway this spring. Based on the [year] film, Amelie features a book by Craig Lucas (An American in Paris), and a score by Daniel Messe (music) and Nathan Tysen (lyrics), and is directed by Tony winner Pam MacKinnon (Who's Afraid of Virginia Woolf?). Amelie will play the Walter Kerr Theatre, with previews beginning March 9, 2017. Opening night is set for April 3, and the cast will be led by Tony nominee Phillipa Soo (Hamilton) and Adam Chanler-Berat (Next to Normal, The Fortress of Solitude).

The Play That Goes Wrong—The Olivier-winning play The Play That Goes Wrong will bow on Broadway this spring. Performances at the Lyceum Theatre begin March 9, 2017, with opening night set for April 2. Broadway.com has more. (Broadway World reports that through November 23, you can purchase $25 orchestra and mezzanine seats—and $15 balcony seats—for preview performances.) 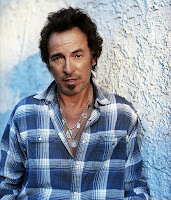 It's an Honor
Bruce Springsteen, Ellen DeGeneres, Tom Hanks, Diana Ross, and Kareem Abdul-Jabbar are among the 21 people named Presidential Medal of Freedom honorees. In a statement, President Obama said the civilian honor is "a tribute to the idea that all of us, no matter where we come from, have the opportunity to change this country for the better. The awards will be presented at a White House ceremony on November 22, and will be live-streamed. Entertainment Weekly has the full list of honorees.

Nominees for the Clive Barnes Awards, honoring young theatre artists and dancers, have been announced. Among the nominees are Timothee Chalamet (Prodigal Son), Khris Davis (The Royale), and NYCB corps de ballet dancers, Spartak Hoxha and Indiana Woodward. Winners will be announced at a January 9, 2017, ceremony, with Joel Grey and NYCB principal dancer Ashley Bouder presenting the awards. The New York Times has more.

Nominees for the Critics' Choice Awards (TV) were announced. Some of the nominated series and performers include: Silicon Valley; SNL's Kate MckInnon; Brooklyn Nine-Nine's Andre Braugher; Full Frontal with Samantha Bee; Last Week Tonight with John Oliver; a slew of Game of Thrones actors; Mr. Robot and its male stars, Rami Malek and Christian Slater; and more. Indie Wire has the full list of nominees. Winners will be announced at a December 11 gala.

Tony-winning director Kenny Leon (Fences, Holler If Ya Hear Me) will receive the "Mr. Abbott" Award at the March 27, 2017, Stage Directors and Choreographers Foundation gala. The award is in recognition of his decades-long career as a stage and screen director. Leon is directing the upcoming Hairspray Live NBC special, which airs December 7. Playbill has more.

Broadway Bonuses
A release date for the highly anticipated Dear Evan Hansen original Broadway cast recording has been announced. The album, to be recorded next month, will be released digitally on February 3, 2017, with physical copies available beginning February 24. You can pre-order the album beginning December 2, and when you do, you'll receive an instant download of the moving opening number, "Waving Through a Window." Dear Evan Hansen is is previews on Broadway, and officially opens December 4. Playbill has more.

A companion book for The Great Comet, which just opened on Broadway, will be released on November 22. The book chronicles the musical's journey, from inception to off-off-Broadway to opening on Broadway, with Josh Groban leading the company. A CD featuring recordings from the off-Broadway iteration, as well as a couple of Groban tracks, comes with the book. Broadway World has more. 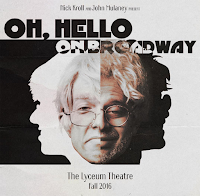