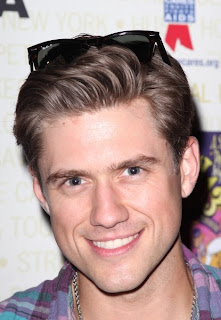 (Scroll down for news about Aaron Tveit's debut solo album.)

New York City Ballet: Justin Peck
The 2013-2014 season is almost here! The season kicks off next week in style as the fall gala celebrates collaborations between choreographers and fashion designers. The one night only event will feature the debut of a new Justin Peck (In Creases, Paz de La Jolla) ballet. (He's teaming up with Prabal Gurung.) You might recall that the 25 year old phenom is a soloist with the Company as well as a rising choreographer. Learn more about the gala and the Company's season at nycballet.com, and check out the spotlight video featuring Justin Peck below. (Scroll down for more good news for NYCB dancers.)

Downton Abbey Trailer
The fourth season of the hit British soap opera will air in the UK this fall and come to US TV screens in early 2014. Here's a look at what you can expect when the series returns: 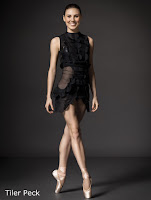 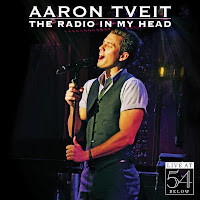 Get ready to swoon, ladies (and gentlemen). Aaron Tveit has released his debut solo album, recorded this spring during his sold out run at 54 Below, The Radio in My Head (great title, right?) was released digitally today, and hits stores on September 10. The track list, revealed earlier this week, includes his signature songs from Next to Normal, "I'm Alive," and Catch Me if You Can, "Goodbye,"; other standards, like "Something's Coming" from West Side Story and "If I Loved You" from Carousel; songs from emerging musical theatre writers, like Kerrigan and Lowdermilk's "Run Away With Me"; and pop songs old and new. View the full track list on Playbill, and head to Amazon or your favorite music store to purchase the album, and check out some photos from the album on Broadway.com. (Bonus: head to The Hollywood Reporter for Tveit's take on Agent Mike Warren's journey during this first season of Graceland.)

It's time for episode 5 of Kiss and Tell: Backstage at First Date with Krysta Rodriguez. In this episode, Rodriguez introduces us to the Longacre Theatre's artistic door man and interviews featured player Kate Loprest. In other news, check out this video of the cast from when they went into the studio to record the OBCR, which will be released digitally on September 24 and released in stores on October 15. (You can pre-order on Amazon now.) And, tag along with featured player Bryce Ryness (Hair), who provides us with a photo essay of what happens on a two-show day. As always, for more information about First Date and to purchase tickets, visit firstdatethemusical.com.