Encores! Off-Center
The Encores! Off-Center season, which celebrates rarely produced or under appreciated off-Broadway fare, has been announced. First up, July 12-15, is a production of Assassins, the Stephen Sondheim–John Weidman musical about the people who have attempted to assassinate US presidents. That will be directed by Anne Kauffman (Marjorie Prime). Next, Robert O'Hara (Barbecue) will direct Kirsten Childs's Bubbly Black Girl Sheds Her Chameleon Skin, which runs July 26 and 27. Closing out the season is the whimsical Really Rosie, written by Maurice Sendak (book and lyrics) and Carole King (music). The musical in which kids play pretend will run August 2-5. Theater Mania has more. 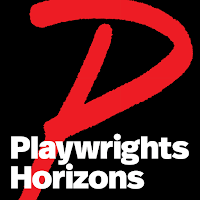 Playwrights Horizons 2017-2018 Season
The venerable off-Broadway company, which has produced works like the Pulitzer Prize-winning The Flick, has announced its 2017-2018 season, and it includes five world premieres, three plays by women, and one play by a person of color. The season will begin with Sarah Ruhl's play, For Peter Pan on Her 70th Birthday. The Stage Kiss playwright's work comes via Louisville and Berkeley, and will be directed by Les Waters. Previews begin August 18, and Kathleen Chalfant (Wit, Tales from Red Vienna) will star. That will be followed by the five world premieres: The Treasurer, written by Max Posner and directed by David Cromer (Man From Nebraska); Mankind, written and directed by Robert O'Hara (Bootycandy, Barbecue); This Flat Earth, written by Lindsey Ferrentino (Ugly Lies the Bone) and directed by Rebecca Taichman (Indecent); Dance Nation, written by Clare Barron and directed by Lee Sunday Evans; and Log Cabin, written by Jordan Harrison (Marjorie Prime) and directed by Tony Award winner Pam MacKinnon (Who's Afraid of Virginia Woolf?). Visit The New York Times for more, including brief descriptions of each show.

Rush Tickets
Several Broadway shows announced rush ticket policies this week. The revivals of Sunday in the Park with George and Miss Saigon will offer rush tickets. Playbill has more on their respective rush policies: Sunday and Miss Saigon. In addition, the Broadway bow of Sweat will have a mobile rush, through the Today Tix app; Playbill has more about that. War Paint, starring Patti LuPone and Christine Ebersole, will also have a (traditional) rush policy; fans can visit the Nederlander box office for those tickets. Playbill has details.