May 25, 2012
The Great Gatsby
It's here! The trailer for Baz Luhrmann's adaptation of the classic F. Scott Fitzgerald novel, The Great Gatsby, starring Leonardo DiCaprio, Tobey Maguire and Carey Mulligan has been released. This. Looks. Incredible. It comes to a theater near you on December 25, 2012.

Exclusive Anchorman 2 Teaser from Will Ferrell

Plus, Playbill gets the scoop on the pineapple motif at Starcatcher. (Hint: Playwright Rick Elice says, "pineapples were the iPads of their day.")

I Think I'm Gonna Like it Here
A revival of Annie is coming to Broadway, and the production now has a home, the Palace Theatre. Annie begins previews on October 3 and will celebrate its official opening on November 8. Visit Playbill to learn more. 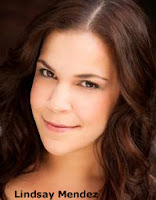