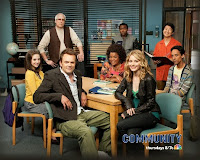 TV is Back
In truth, it never went anywhere, but many shows have been on "winter break" or off season until now. The Hollywood Reporter has a helpful guide to what's back and when it's on. Of note: 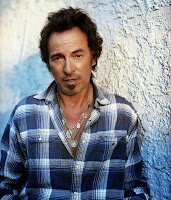 Bruce Springsteen: High Hopes
So, you know that Springsteen's outtakes/covers/remixes album, High Hopes, is being released on January 14, but did you know that you'll be able to stream it on CBS's website beginning January 5? It's part of a promotional tie-in to the January 12 episode of The Good Wife, in which three Springsteen songs will be featured. Rolling Stone quotes show runners Robert and Michelle King, as saying, "We love music in The Good Wife, and we always have the music inform the action and the cutting." So head over to CBS.com on January 5 (around 7pm EST) to stream the album, and then tune into The Good Wife on the 12th.

Broadway Debuts: Looking Back and Looking Ahead
Every year, there are plenty of actors making their Broadway debut. Last week, Broadway.com listed the ten they were most happy to see, including Tom Sturridge in Orphans, Shalita Grant in Vanya and Sonia and Masha and Spike and Zachary Levi in First Date. This week, they took a look at the actors set to make their Broadway debuts in 2014. (All actors will debut this spring, in the latter half of the 2013-2014 season.) You can look forward to (or cringe at the thought of, depending upon your point of view) Bryan Cranston in All the Way, which drew raves at A.R.T.; Michelle Williams (Blue Valentine) as Sally Bowles in Cabaret, opposite Alan Cumming; Ramin Karimloo as Jean Valjean in Les Miserables, a role he's already played in Toronto; James Franco (127 Hours) in Of Mice and Men, opposite Chris O'Dowd, who'll also be making his Broadway debut; and Zach Braff (Trust, All New People) in the stage adaptation of Woody Allen's Bullets Over Broadway, directed by Susan Stroman.

Awards Season
Oscars—As Scott Feinberg notes in last week's Feinberg Forecast, Oscar voting has begun. (In the Forecast, The Hollywood Reporter's awards guru, Feinberg, analyzes the week's happening and what impact they have on the Oscar race.) In the Forecast, he notes:

In other award season happenings, here's a roundup of all of The Hollywood Reporter's roundtable discussions, including new discussions among casting directors and composers.

Leonardo DiCaprio and Martin Scorsese, whose latest collaboration is The Wolf of Wall Street, will receive the Cinema Vanguard Award from the Santa Barbara International Film Festival. Variety has more.

Producers Guild of America Nominations—The PGA announced its nominees, giving some awards prognosticators insight into what might happen when Oscar nominations are announced on January 16. As Thompson on Hollywood notes, the typically potent Weinstein Co. did not receive any nominations. The nominees for best picture are: American Hustle; Blue Jasmine; Captain Phillips; Dallas Buyers Club; Gravity; Her; Nebraska; Saving Mr. Banks; 12 Years a Slave; and The Wolf of Wall Street. Nominees in the television categories include Breaking Bad; Downton Abbey; Game of Thrones; House of Cards; Modern Family; and Veep. 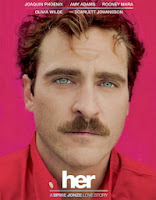 Writers Guild of America Nominations—The WGA announced its nominees for excellence in screenwriting. The nominees for both original (the first five) and adapted (the second five) screenplay are: (see the full list of nominees on Broadwayworld.com)


I don't know how Inside Llewyn Davis and 12 Years a Slave were left out. What do you think of the nominees?

Broadway Casting Updates
Andy Kelso and Jeanna de Waal will assume lead roles in Kinky Boots, taking over for Tony nominees Stark Sands and Annaleigh Ashford. (Kelso is getting a promotion; he's currently a featured player in the show.) Broadway.com has details.

Tony nominee Laura Osnes will depart the Tony-winning production of Cinderella (in which she plays the title character) sometime in January. Taking over the role will be Carly Rae Jepsen, who gained notoriety for the obnoxious pop hit "Call Me Maybe." Broadway.com has details.

Tony Award winner Nikki M. James will depart The Book of Mormon this weekend; her final performance will be January 5. She's getting ready to appear in the Broadway revival of Les Miserables, in which she'll appear as Eponine. Playbill has more. 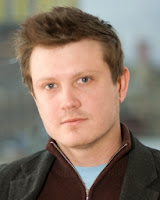 Beau Willimon Premiere
The talented political operative-turned-scribe has a new play that will receive its world premiere in New York this spring. Willimon (Farragut North, The Ides of March, House of Cards) has written a new play, Breathing Time, that focuses on "the seemingly arbitrary but ultimately indispensable connections between us all." Fault Line Theatre will produce Breathing Time, which is to be directed by Aaron Rossini and which will run March 21-April 13 at Teatro Iati. Casting has not yet been announced. Playbill has more.

Dear readers, you probably noticed a couple of changes: The design on Reviewing the Drama is different, and my weekly Media Morsels has become my Week in Review. What do you think of the changes?
Broadway Bruce Springsteen Community Downton Abbey House of Cards James Franco oscars the good wife TV Zachary Levi Zachary Quinto