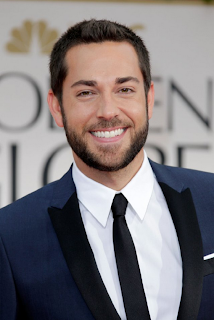 (Scroll down to find out what Zachary Levi's dating dos and don'ts are!)

City.Ballet
I've been telling you about this New York City Ballet documentary series, set to air on AOL, for several months and now we have an official air date: November 4. Beginning then, you'll get a behind the scenes look at what it's like to be a professional ballet dancer. In this article from the Wall Street Journal, the dancers, like principal Teresa Reichlen, and producers, like Sarah Jessica Parker, are quick to point out that this is not some sensationalized reality series. It really is a documentary series, with rehearsal and performance footage mixed with interviews. Tune into AOL On (on.aol.com) beginning November 4 for your chance to see New York's finest dancers. (And head to nycballet.com for more information about the Company and to purchase tickets; the fall season finishes this weekend but tickets for The Nutcracker are now on sale.)

All the Way to Broadway
Breaking Bad star Bryan Cranston is coming to Broadway with All the Way, a new play, from Robert Schenkkan, about Lyndon Baines Johnson. The play is finishing a smash, sold-out engagement at Boston's American Repertory Theater (ART), which, with Diane Paulus as artistic director, has been a mill for successful Broadway transfers (to wit: Porgy and Bess, The Glass Menagerie). No dates or theatre have been announced, but I will keep you posted. In addition to Cranston (Argo), the ART cast includes Michael McKean (The Best Man), Reed Birney (Uncle Vanya, Picnic), Crystal Dickinson (Clybourne Park) and Arnie Burton (Peter and the Starcatcher), among others. Playbill has more. (And scroll down to "Dig This" for news about Cranston's Breaking Bad costar, Bob Odenkirk.) 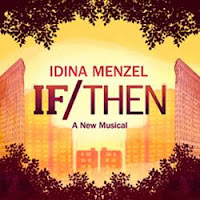 If/Then Preview
We got a tantalizing preview of a song from the upcoming If/Then this week. On the show's Facebook page, fans can listen to a clip from "Here I Go," featuring the glorious Idina Menzel. This new musical from team Next to Normal, Tom Kitt (a genius) and Brian Yorkey, is in rehearsals now, under Michael Greif's direction, before heading to DC for an out of town try out. The original musical, which also features Anthony Rapp and LaChanze, will then come back to New York for its Broadway bow at the Richard Rodgers Theatre. Broadway previews begin March 4, 2014, with opening night set for March 27. Visit ifthenthemusical.com for more information.