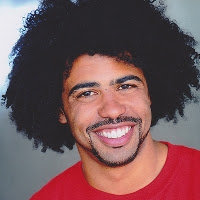 Taking This Horse by the Reins: What's Next for Daveed Digss
Tony winner Daveed Diggs, who recently departed the Broadway company of Hamilton, has (at least) three screen projects lined up. Vulture reports he'll appear in the film adaptation of the children's novel, Wonder, alongside Julia Roberts, Owen Wilson, and Room's Jacob Tremblay. (Up-and-comer Mandy Patinkin will also appear in the flick.) In addition, Diggs will be part of the HBO mockumentary (from Andy Samberg and the Lonely Island crew), Tour de Pharmacy, and will have a multi-episode arc on the next season of Black-ish. On the Emmy-nominated comedy series, Diggs will play Rainbow's brother. Tracee Ellis Ross, who plays Rainbow, sent this tweet to celebrate the news. 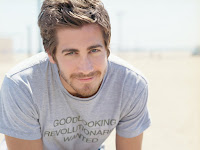 Jake Gyllenhaal Sets Broadway Return
The rumors that were reignited last week were confirmed this week: Jake Gyllenhaal (Nightcrawler, Constellations) will return to Broadway in a revival of Lanford Wilson's, Burn This. The production, directed by Tony winner Michael Mayer (Spring Awakening, Brooklynite), is set to begin previews in February 2017; opening night is scheduled for March 6, and the limited engagement will conclude in June. To add to the excitement, Burn This will play the Hudson Theatre, a theatre on West 44th Street that has been dark for 50 years. Once re-opened, the Hudson will become Broadway's 41st theatre. Playbill has more. 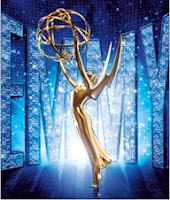 Emmy Awards Updates
Some updates and explanations regarding last week's Emmy nominations. →Did you notice that Horace and Pete scored nominations in both the drama and comedy categories? (It didn't receive enough nomination love, in my opinion, but that's a different blog post.) Laurie Metcalf was (rightly) nominated as a guest actress in a drama series, and the show's creator, Louis C.K., has said that the show is a drama (even a tragedy). Yet, Gina Sansom was nominated for Outstanding Editing in a Multi-Camera Comedy Series. As The Hollywood Reporter explains, it was because there isn't an Outstanding Editing in a Multi-Camera Drama Series category; without allowing Sansom to compete in the comedy category, she would have been wholly ineligible, which would have been a shame. →Meanwhile, The Wrap explains why Peter MacNichol's nomination for Outstanding Guest Actor in a Comedy Series was rescinded. It's because according to new Emmy Awards rules, guest actors can only appear in less than 50% of the show's season to qualify as a guest actor (as opposed to a supporting actor), and MacNichol, by the end of the just-concluded season, had appeared in exactly 50% of Veep's episodes. Peter Scolari has been announced as the new nominee in the category, recognizing his work on Girls. Variety has the report. 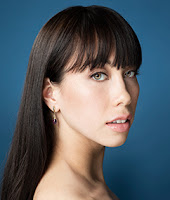