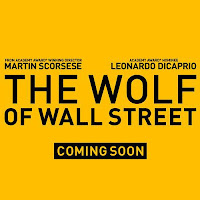 The Wolf of Wall Street: First Trailer
Fresh off his stint as playboy Jay Gatsby in Baz Luhrmann's The Great Gatsby, Leonardo DiCaprio is starring as another playboy in The Wolf of Wall Street. This collaboration between DiCaprio and Martin Scorsese (Hugo) is based on the eponymous memoir by Wall Street-er Jordan Belfort, and chronicles his excessive and probably illegal lifestyle as he made it big on Wall Street. Boardwalk Empire creator Terrence Winter wrote the adapted screenplay. (You may have heard DiCaprio say during interviews for Django Unchained that he was filming The Wolf of Wall Street. Indeed, it was in production in New York last fall.) The film is slated for release November 15, just days before DiCaprio's birthday. With this pedigree (DiCaprio and Scorsese are joined by the resurgent Matthew McConaughey, Jonah Hill, The Artist's Jean Dujardin, and Once's Cristin Miloti, among others), look for this to be a contender come movie award season. (Visit Amazon to order the book.)

Neil Patrick Harris to Star in Hedwig on Broadway
Neil Patrick Harris probably will be at the Tonys in 2014 but not as host. He very well may be a nominee. The talented entertainer is returning to Broadway in spring 2014 in the first Broadway bow of the cult hit Hedwig and the Angry Inch. (Read my interview with songwriter Joe Iconis to hear him talk about his introduction to Hedwig.) The musical by John Cameron Mitchell and Stephen Trask debuted off-Broadway in 1998 and went on to have a celebrated and accolade-laden run. Harris will star as the titular Hedwig, the transgender lead signer of a rock and roll band. Visionary director Michael Mayer (Spring Awakening, American Idiot) will be at the helm. Additional casting and specific dates and a theatre are still to be announced, but in a statement Harris said, "I am simultaneously ecstatic and terrified to be stepping into Hedwig's heels. It is truly a once-in-a-lifetime role and I can't wait to begin the journey." Harris was previously on Broadway in revivals of Cabaret and Assassins. 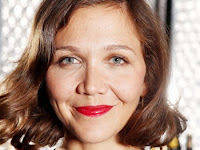 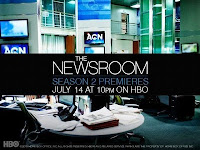 The Newsroom: Season Two
With the premiere of season two less than a month away (the season premiere is July 14), The Hollywood Reporter checked in with the The Newsroom team, including creator and writer Aaron Sorkin, and the cast, which includes Jeff Daniels, John Gallagher, Jr, Thomas Sadoski and Olivia Munn. In the cover story of the June 28 issue, Sorkin talks about creating the second season (including completely scrapping the first episode and then re-writing and re-shooting it) and working with the excellent team he's assembled. On The Hollywood Reporter website are some online bonus features, such as the video (below) taken during the cover photo shoot and photos from said shoot. Pick up a copy of The Hollywood Reporter or read the article online, and then tune into HBO on July 14 at 10pm for the premiere.

Justin Peck to Premiere New Ballet at Fall Gala
The New York City Ballet announced its program for the Fall Gala, and, similar to this past fall's gala event, the night will honor fashion and find choreographers collaborating with renowned fashion houses. As the New York Times reports, Benjamin Millepied will create a new work and team up with Dutch designer Iris van Herpen. Rising Company member Justin Peck (In Creases) will team up with Prabal Gurung for a ballet for five dancers set to Lukas Foss's "Capriccio for Cello and Piano." Individual tickets for the performance go on sale to the public August 5 and start at $29. (Read the NYT article for full details.) And for more Peck, check out this neat slideshow, A Choreographer's Perspective, on the NYCB website.