Signature and Vineyard Seasons Announced
New York's Signature Theatre has announced its 2016-2017 season. As previously reported, the season will feature several Susan-Lori Parks (Porgy and Bess) plays, including The Death of the Last Black Man in the Whole Entire World. New plays include Everybody, by Branden Jacobs-Jenkins (Gloria), starting in January 2017, and directed by Lila Neugebauer, and The Antipodes, by Annie Baker (The Flick, John), starting in February, and also directed by Neugebauer. (Noteworthy is that Baker's latest work is being directed by someone other than her frequent collaborator, Sam Gold.) Season subscriptions are now on sale. Visit Playbill for the full season slate. 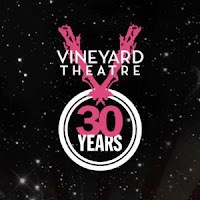 Meanwhile, downtown's Vineyard Theatre will feature a world premiere by Nicky Silver (The Lyons). This Day Forward will debut in winter 2017, and be directed by Mark Brokaw. The season will also include Becky Shaw author Gina Gionfriddo's Can You Forgive Her?. The Vineyard production, directed by Peter DuBois, will mark the play's New York debut, and will bow in spring 2017. The season will begin this fall with Kid Victory, a new musical written by John Kander (Cabaret, The Visit) and his new collaborator, Gregory Pierce. The two previously worked on The Landing, which also played the Vineyard. Visit Broadway.com for more information, and go to vineyardtheatre.org to become a Vineyard member. 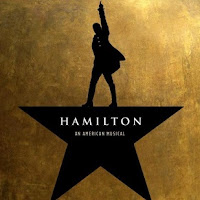 Hamilton News
Leslie Odom, Jr. is on the cover of Backstage, and in the accompanying feature article, he talks about Hamilton and taking risks. Meanwhile, Christopher Jackson spoke to newyork.com about the work-life balance, loving NYC, and where he keeps his Emmy. Elsewhere, Lin-Manuel Miranda and Jeremy McCarter spoke to CBS This Morning about the "Hamiltome," Hamilton: The Revolution, the complete Hamilton libretto with annotations by Miranda and McCarter. (McCarter is an author and has been chronicling the creation of Hamilton; he co-wrote Hamilton: The Revolution, which is out now.) And the original Broadway cast recording is now available on vinyl. Visit Amazon or your favorite retailer to purchase your copy of the record. 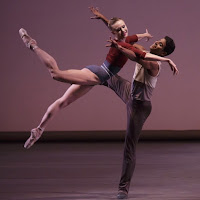