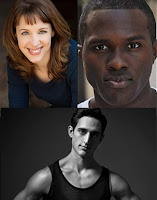 Carousel Revival to Hit Broadway in 2018
A revival of the Rodgers and Hammerstein musical Carousel will bow on Broadway in spring 2018, officially opening at a theatre to be announced on March 23. The production will be directed by Jack O'Brien (Catch Me If You Can) and choreographed by NYCB resident choreographer Justin Peck (Everywhere We Go, The Times Are Racing). Peck's fellow NYCB dancers Amar Ramasar and Brittany Pollack will be among the company, figuring prominently in the act two dream ballet. The production will star Tony winner Jessie Mueller (Beautiful, Waitress) as Julie Jordan and two-time Tony nominee Joshua Henry (The Scottsboro Boys, Violet, Shuffle Along...) as Billy Bigelow. (Now this photo of Justin and Joshua has been demystified.) Opera diva Renee Fleming will also appear in the production. In the Playbill announcement, Peck promises "an even more dance-and-movement-focused production." Keep an eye on this one! 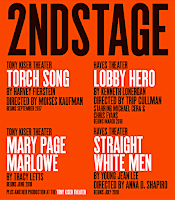 Second Stage Announces Season
The venerable off-Broadway theatre company, which helped bring us Next to Normal and Dear Evan Hansen, has announced its 2017-2018 season. New this year is the company's Broadway home, the Helen Hayes Theater. The season will feature: Torch Song (nee, Torch Song Trilogy), written by Harvey Fierstein and directed by Moises Kaufman, beginning in September at the off-Broadway theatre; a revival of Lobby Hero, written by Kenneth Lonergan, directed by Trip Cullman, and starring Michael Cera and Chris Evans (making his Broadway debut), beginning in March 2018 at the Hayes; Mary Page Marlowe, written by Tracy Letts, beginning in June 2018 at the off-Broadway theatre; Straight White Men, written by Young Jean Lee and directed by Anna D. Shapiro, beginning in July 2018 at the Hayes; and an additional off-Broadway production to be announced. In addition, Second Stage announced a partnership with L.A.'s Center Theatre Group to co-commission plays from Lee, Jon Robin Baitz, Will Eno, Lisa Kron, Lynn Nottage, and Paula Vogel. Broadway.com has more. 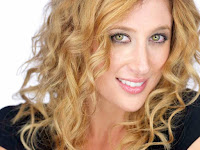 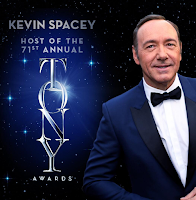 It's an Honor
Tony Awards—Two-time Academy Award winner and Tony winner Kevin Spacey (House of Cards) will host Broadway's biggest night. (Alas, though many were hopeful, it seems a John Mulaney–Nick Kroll-hosted ceremony was not to be.) This will mark the first time the stage and screen veteran has hosted the ceremony. The Tonys will be held June 11, and the CBS broadcast begins at 8. (House of Cards, by the way, returns on May 30.) Broadway.com has more. In addition, general managers Nina Lannan and Alan Wasser will receive the 2017 Tony Honors for Excellence in the Theatre. Playbill has details.

Drama League Awards—Broadway's royal couple, Audra McDonald and Will Swenson, will host the Drama League Awards on May 19. These awards honor excellence in both Broadway and off-Broadway, and include five competitive categories. Playbill has more about the hosting gig, while Broadway.com has the full list of Drama League Award nominees. Here are some of them: 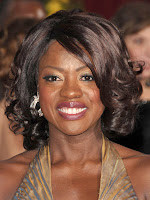 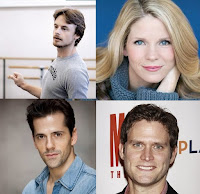 Coming Up
Encores!—City Center Encores! will present a production of Lerner and Loewe's Brigadoon this fall. Running November 15-19, the production will be directed and choreographed by Tony winner Christopher Wheeldon (An American in Paris), and will feature Tony winner Kelli O'Hara (The King and I) and Tony nominees Steven Pasquale (The Robber Bridegroom) and Robert Fairchild (An American in Paris). Visit The New York Times for more.

An Enemy of the People—Playwright Branden Jacobs-Jenkins (Gloria) will pen a new translation of Ibsen's An Enemy of the People that will bow on Broadway in the 2017-2018 season. (This will mark Jacobs-Jenkins's Broadway debut.) This translation will be paired with the 2013 Thomas Ostermeier–Florian Borchmeyer Berlin production. Additional information, including specific dates, a theatre, casting, and a full creative team, will be announced at a later time. Playbill has more.